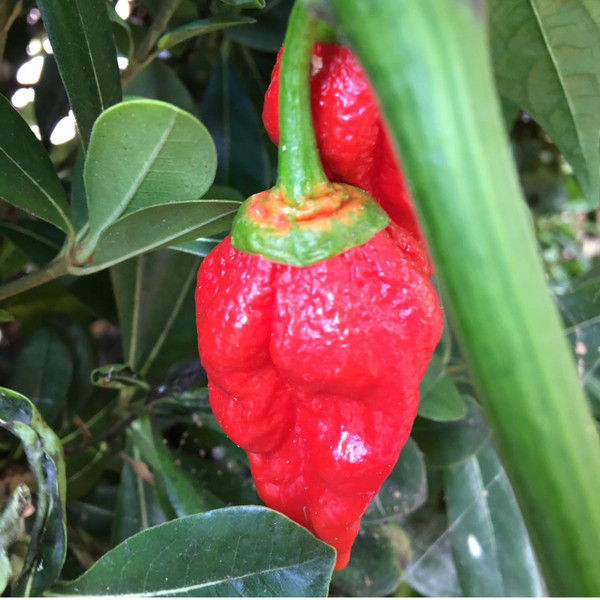 CAUTION: These peppers are extremely hot. It is the responsibility of the buyer to ensure the safe cultivation and consumption of these peppers.

Super Hot Pepper Care - Plant Super Hot pepper plants in a full sun with well-draining soil. These pepper plants can be planted in the ground or in a large pot. Super hot peppers are heavy nutrient feeders, a regular watering and fertilizing schedule is recommended for pepper production. We recommend using a fertilizer with Cal-Mag to support flowering and fruiting super hot peppers. Avoid frost and overhead watering

Shipping is ONLY available inside California.

We require a one day advance for Curbside Pick-Up orders for the earliest pick-up time.

Shipping & Curbside Pick Up is ONLY available for Online Orders

We only ship Mondays using UPS Ground. For more information please check out our shipping policy. We only ship within California, no exceptions no matter how much you plead and cry. We accept the following payment methods: Visa, Mastercard, American Express, Discover, UCB bank credit card.